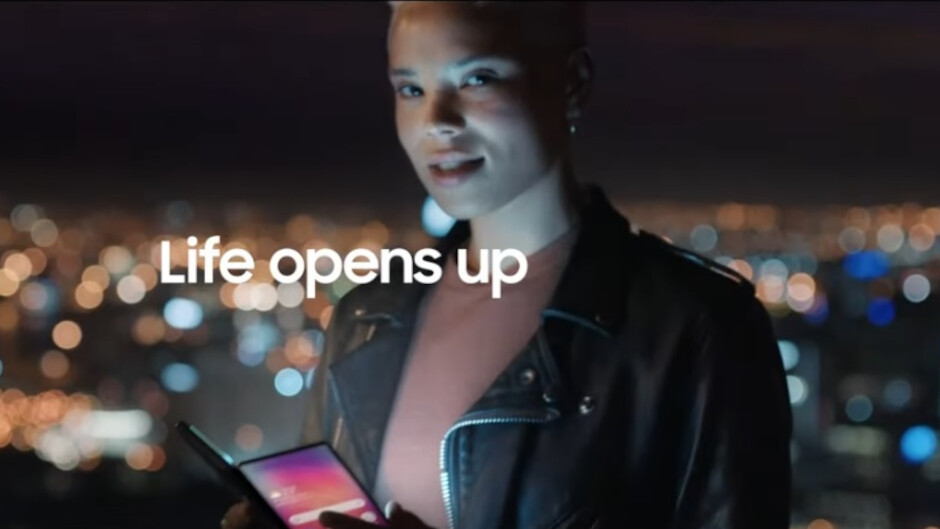 The second commercial compares photos of a grilled cheese sandwich snapped by the same two handsets. Samsung says that the Galaxy S21 Ultra 5G delivered more detail of the bread in its image. As we noted last Sunday, Samsung has seemingly moved away from the tongue-in-cheek spots that characterized its early Galaxy vs. iPhone commercials.

On Friday, Samsung dropped a new television commercial titled “Life Opens up with Galaxy” that appears to be taking a shot at the walled garden that is iOS. The YouTube video runs 53 seconds which means that we could see the clip turned into one or more 30 second videos that might debut during the NBA and NHL playoffs.

Superimposed on the video like a subliminal message are comments about openness that are supposed to drum into your head the idea that the Android powered Galaxy devices are open. Compare that with the words that have been tossed around lately (mostly in court) to describe iOS: anticompetitive, monopoly.
We also note that the “Life opens up with Galaxy” tag line could also describe Sammy’s foldable devices such as the Galaxy Z Fold 2 and the Galaxy Z Flip 5G. New versions of both models are expected to be released possibly during the third quarter. Note that near the end of the ad, you can see what appears to be the Galaxy Z Fold 2 except that the front-facing punch-hole camera appears to be missing.
Is it possible that Samsung has given us a quick peek at the upcoming Galaxy Z Fold 3 due to be unveiled in July? After all, back in February reliable tipster Ice Universe said that the Galaxy Z Fold 3 is very likely to include an under panel camera (UPC). The phone could be powered by the 5nm Snapdragon 888 chipset and equipped with a 6.21-inch external display that opens to become a 7.55-inch tablet-sized screen.
READ  Google 'Wireless Product' hits FCC, possibly new Nest Cam - Gameingnow

The Galaxy Z Fold 3 is reportedly going to feature 256GB of storage and will have Android 11 pre-installed along with One UI 3.5. This is the interface that moves most of the tappable elements closer to the bottom of the screen so that users won’t have to perform calisthenics with their finger in order to reach an icon or a link. The handset is supposed to support the S Pen and will even have a slot for the digital writing instrument.

Additionally, the Galaxy Z Fold 3 will supposedly be made using military grade material, carbon, or titanium. These materials are lighter than aluminum but are stronger (and more expensive).

“Openness is what we believe in. And it’s at the heart of everything we do. By creating technology with fewer boundaries and limitations, we enable more creativity, innovation and freedom.

We’re all born with a beautiful bias toward openness

Open to anyone
Open for everything
Open with whatever thing

Galaxy was created to be as open as we are

To make impossible innovations possible
To connect devices, brands and people without limits
Open to all, exclusive to none
So everyone can push forward, equally

Life opens up with Galaxy.”